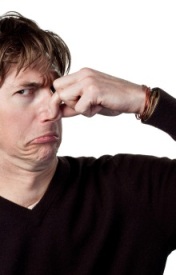 We’ve all been on the wrong side of someone else’s morning breath at one time or another.

Gross as it can be, morning breath is a pretty good indicator that someone needs to clean his or her teeth.

It’s this same dynamic at play when a homeowner encounters “chimney breath.”

Chimney breath is an industry term for the odor given off by the creosote that builds up in a chimney during the home-heating season.

In the best case it’s similar to the damp odor of a cave, and the heat and humidity of summer tend to make the smell worse.

But unlike someone’s morning breath, which just tends to make us all a little uncomfortable, the odor of chimney breath might be an indicator of bigger problems.

For example, the creosote buildup that causes the smell is a serious fire hazard that could spark the next time you build a fireplace fire or turn on your home heating system.

There’s also the issue of airflow. For the chimney breath odor to fill your home, air is traveling down the chimney rather than up. This reverse flow might suggest that dangerous fumes could be backing up into your home rather than escaping up the chimney as they’re supposed to.

Your CSIA Certified Chimney Sweep is trained to eliminate chimney breath before it becomes a nuisance, or, worse, a threat to lives and property.

There’s no better time than the spring and summer months to schedule your chimney inspection before the high demand for seasonal sweep services each fall.